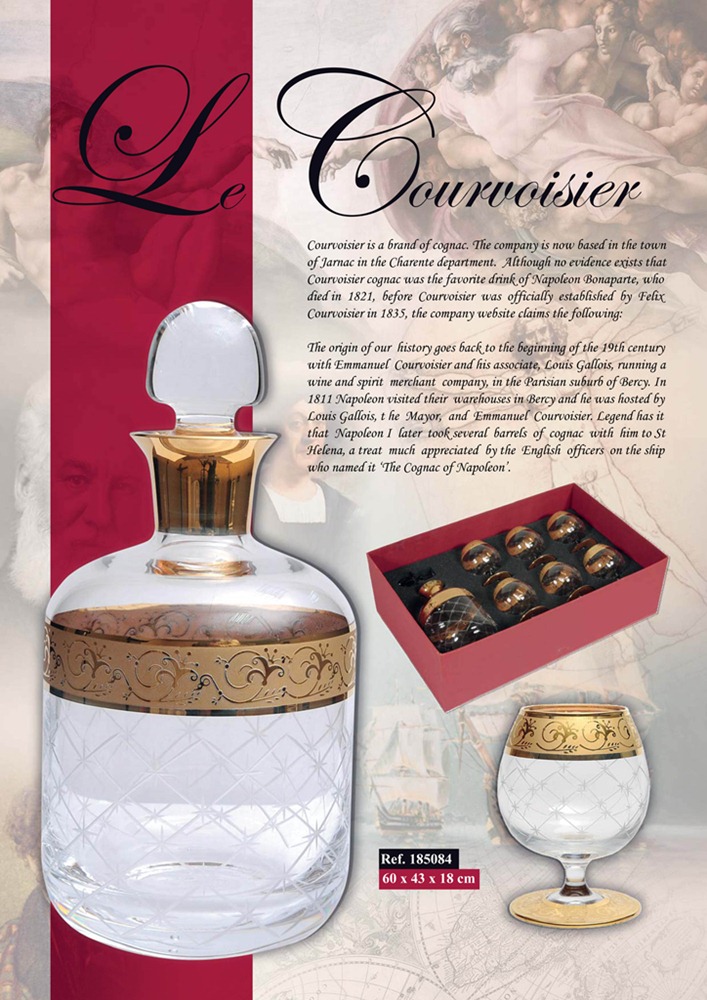 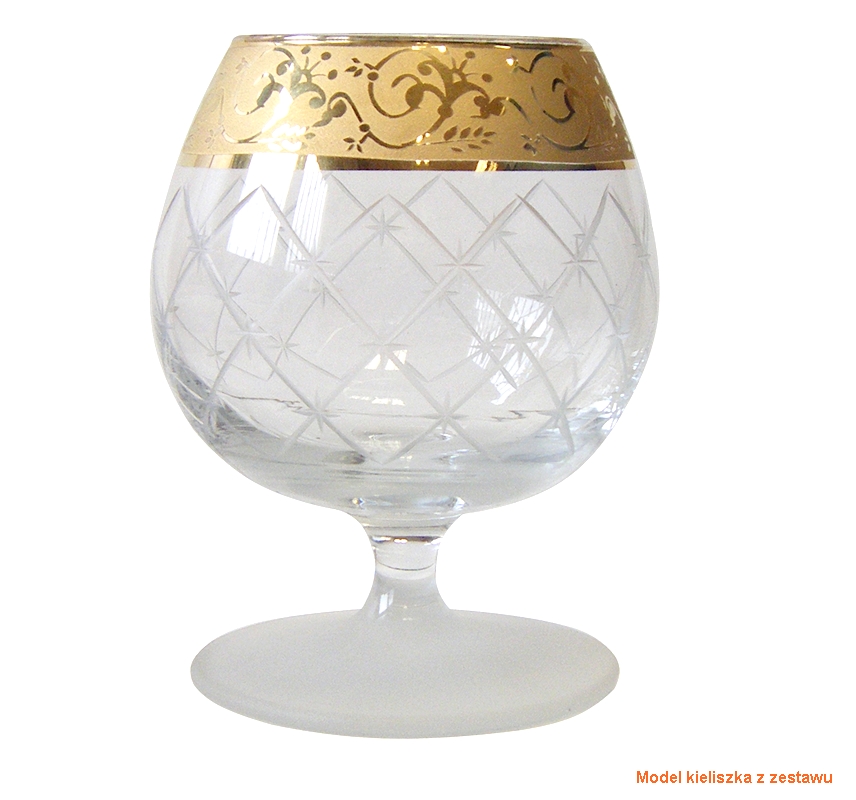 We would like to present exclusive Courvoisier glasses. Courvoisier is a brand of cognac. The company is now based in the town of Jarnac in the Charente department. Although no evidence exists that Courvoisier cognac was the favourite drink of Napoleon Bonaparte, who died in 1821, before Courvoisier was officially established by Felix Courvoisier in 1835, the company website claims the following: The origin of our history goes back to the beginning of the 19th century with Emmanuel Courvoisier and his associate, Louis Gallois, running a wine and spirit merchant company, in the Parisian suburb of Bercy. In 1811 Napoleon visited their warehouses in Bercy and he was hosted by Louis Gallois, the Mayor, and Emmanuel Courvoisier. Legend has it that Napoleon later took several barrels of cognac with him to St Helena, a treat much appreciated by the English officers on the ship who named it ‘The Cognac of Napoleon’.

Brand
Credan SA
Model
Le Courvoisier
Size
30 x 26 x 10 cm
Carafe
1 piece for brandy
Glasses
6 pieces for brandy
Delivery
Depending on the condition of warehouse
Gift
If you wish to send the order as a present, the item will be gift-wrapped and sent together with a greeting card, in which you can also include a personalised message
Engraving/Embossment
If you wish, any text (e.g. initials or dedication) can be engraved or embossed